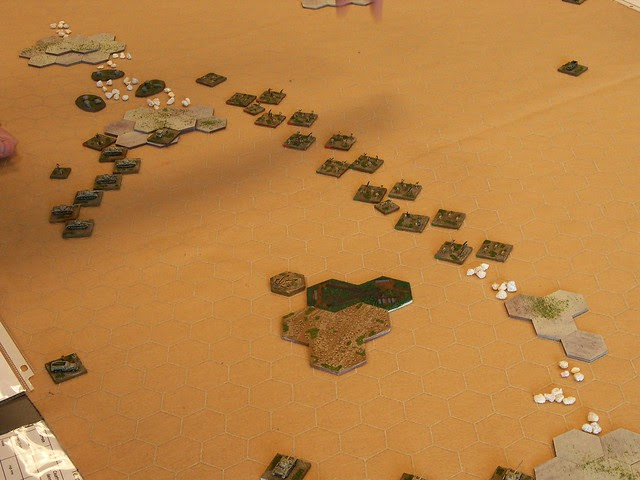 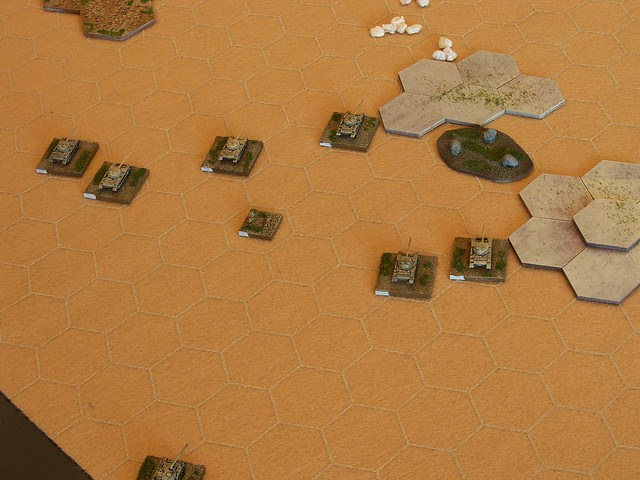 I had the pleasure of playing a game of Cold War Commander run by Dan Joyce at Drums at the Rapids gaming convention.  This game is a scenario based on the Battle of Abu-Agelia.  As in an earlier post, I stated we played a game of CY6 Jet Age.  Who won the CY6 game, directly affected what support the opposing sides would get.  The Israelis won the CY6 game and received three Mysteres as ground support.  If the Egyptians had won the CY6 game, they would have received a battery of  artillery.  I want to apologize for the AAR, I had never played the CWC before and have since bought the rule book.
The previous two photos, show the disposition of our glorious Egyptian forces. (Sorry for the bias)  The infantry were dug in and we dispersed them in two lines.  There were two units of T-55s on the board and a unit of T-62s came on board on the second turn.  We had to contend with Israeli Centurions.  Their range was almost   twice the range of the Egyptian tanks.  Our answer was to have the hills mask the tanks.  We could then pop up on the hill when the range was not so disadvantageous for the T-55s and T-62s.    The next photo shows the Israeli disposition.  The infantry that is nearest is the paratroopers. 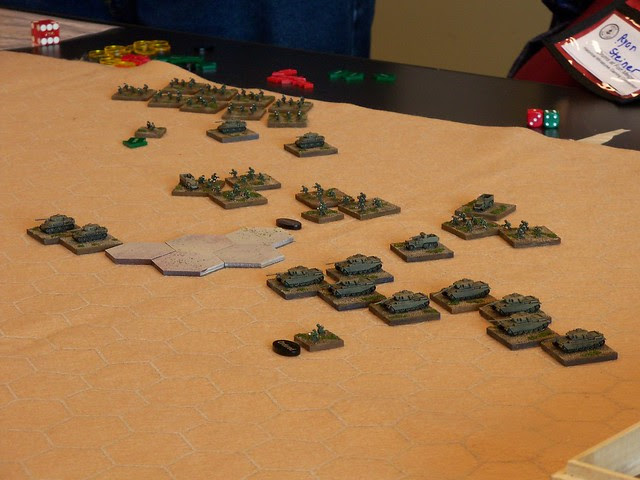 The next photo shows the 1st Mystere attack, not very effective and this will be a theme. 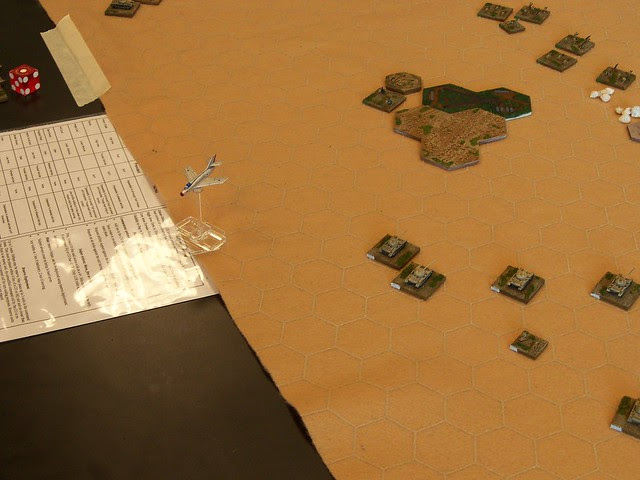 The second Mystere attack again,  it ends up in the dust.  This poor showing can be attributed from the FAO being too far away from the target. 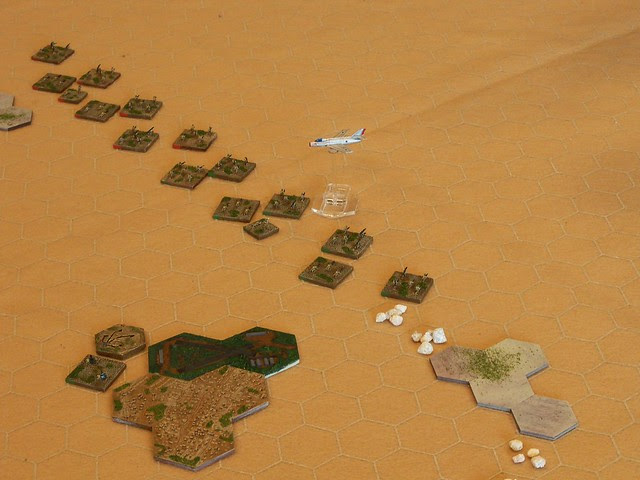 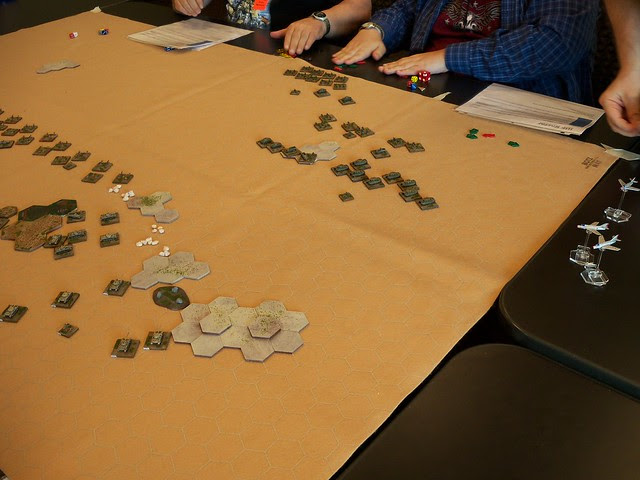 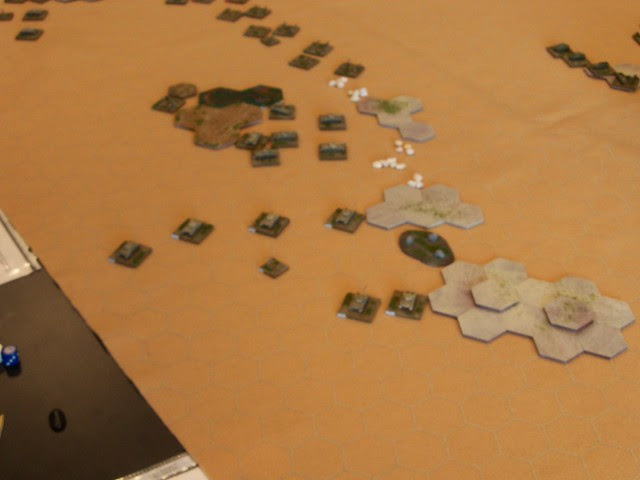 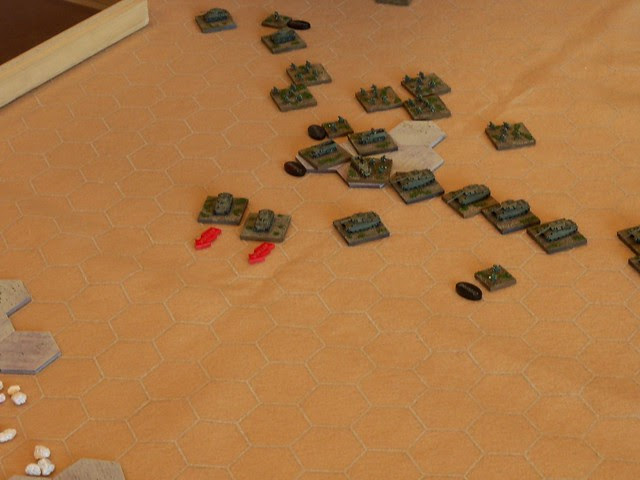 The T-55s pop up on the hill to slow down the advance.  They take out two Ishermans and suppress one Centurion. 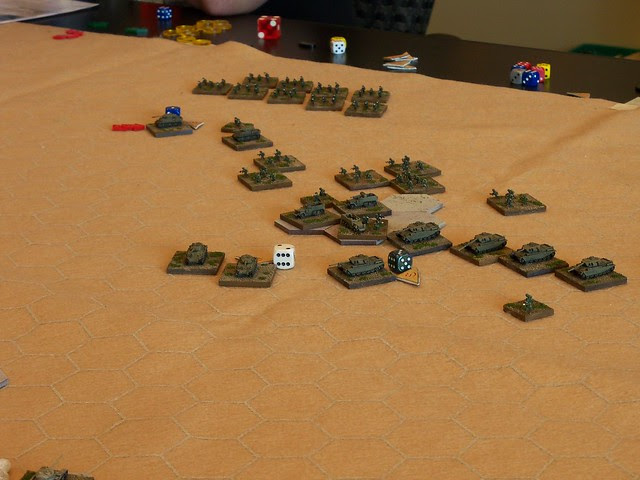 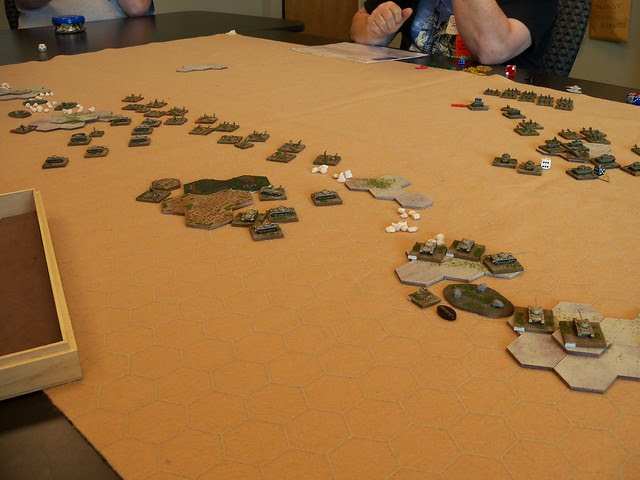 The Centurions trade shots with the T-55s. 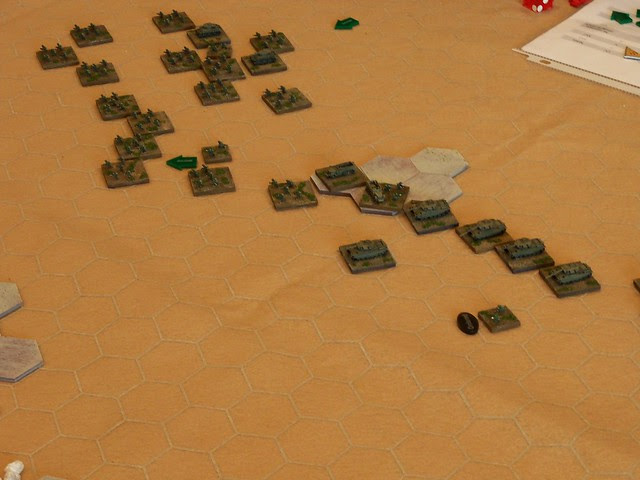 The T-55s did not fair too well.  In the next photo, you can see  the one  T-55 left in the unit.  Oh well, as my fraternal Soviet brothers say.  There are more T-55s where that came from.  In all seriousness, I was trading time for T-55s and I believe it was a fair exchange. 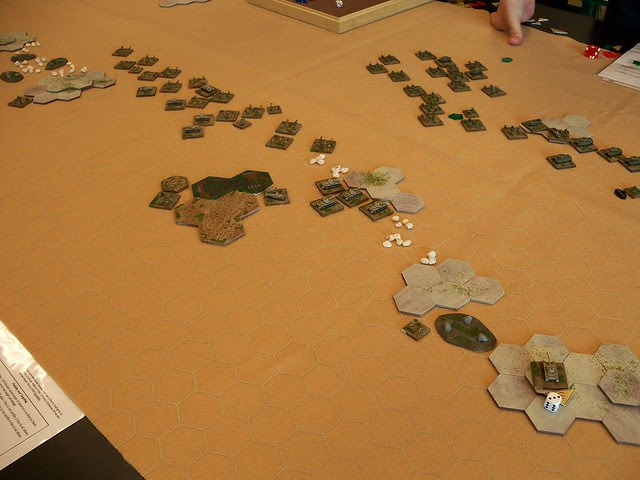 The T-62s getting into position to pop up  and fire. 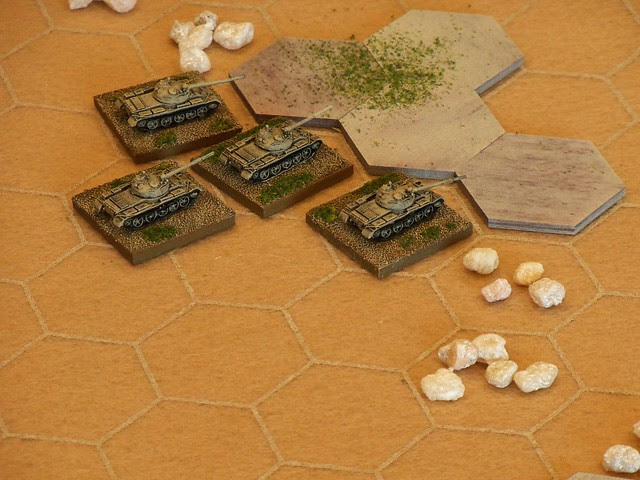 Just after the next photo, the Israeli paratroopers tried to assaulted the dug in militia.  It was not a pretty sight.  Note to self, never try to assault a dug in position without the foe being suppressed.  Sorry, I did not get a photo of that. 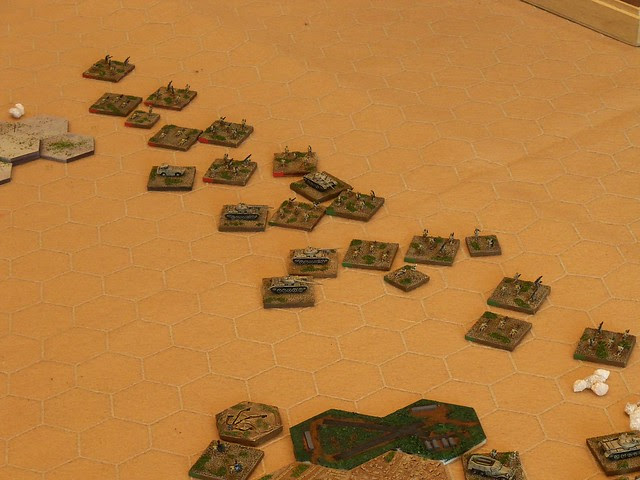 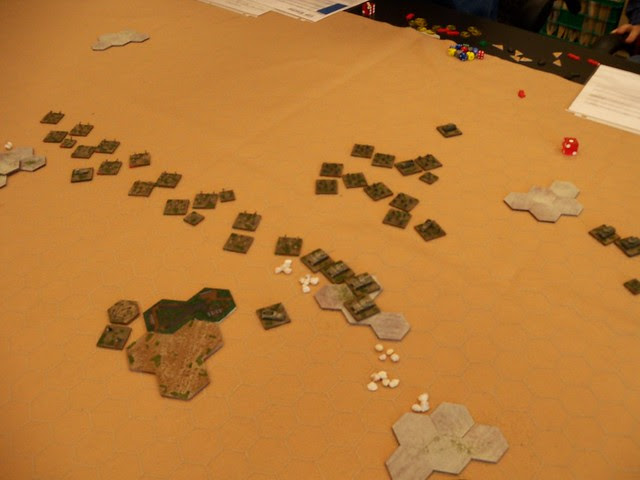 Posted by Michael Graham at 7:13 PM